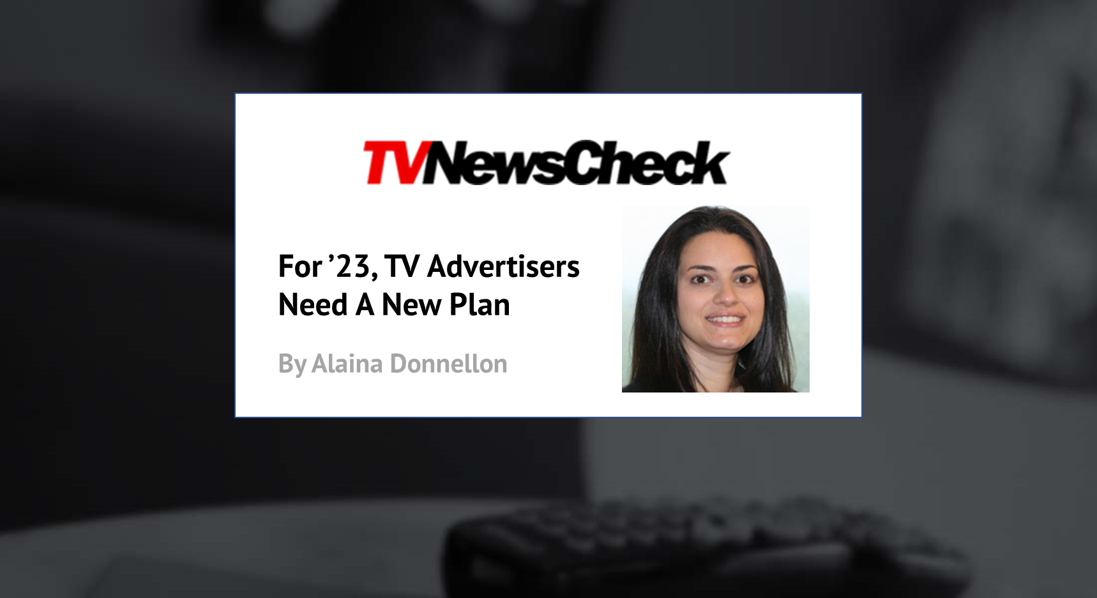 Heading into the new year, advertisers need to identify how their audience has transformed because of connected TV, and what that means to their television plans.

In the movie Ferris Bueller’s Day Off, as the three lead characters make their escape from school for a day of shenanigans, the titular hero muses, “The question isn’t ‘What are we going to do?’ The question is ‘What aren’t we going to do?’” Similarly, in today’s constantly changing local TV landscape, when someone asks, “What’s new?” my inner-Ferris wants to answer, “What’s not new?”

Early in 2020, the COVID-19 pandemic accelerated a shift in TV viewing habits from linear to streaming; but even that feels like old news. Just within the past year we’ve seen a big change in local programming options and measurement, resulting in a need to approach the market differently than before.

If it feels like there are more TV programming choices than ever, that’s because there are.  But with so many new programs popping up across the seemingly never-ending variety of streaming services, what does that mean for good old broadcast TV? An increase in local news, for one.

With many syndicated mainstays like Ellen, Dr. Oz, Wendy Williams and Maury coming to an end this past spring, TV stations are adding more local news to their lineups to fill the gap. A quick survey of 4Q ’22 programming in the top 10 markets shows that on average, almost 40% of the programs airing between 9 a.m. and 8 p.m. are newscasts.

As news programming continues to grow, the amount of non-news programming available to buy during the day is diminishing. Stations have less of it to sell, driving up the demand among media buyers to grab what’s left in efforts to fulfill campaign goals that may or may not be a match for the updated marketplace.

TV measurement has also seen its share of changes over the past year prompted by the undeniable increase in streaming viewership. Nielsen’s inclusion of BBO (broadband only) homes in the top 56 U.S. markets at the start of 2022 aids in capturing this updated viewership but at the same time has required a shift in how advertisers plan and transact in these markets.

An increasing number of advertisers and their agencies are choosing to transact on impressions, but for those still transacting on GRPs, it’s important to recognize that GRP value has generally decreased due to the much larger audience that viewership is now being measured against. When looking at the average adult 25-54 ratings on the four major broadcast affiliates across the top 10 markets, Nielsen shows a 30% decline from 2021 to 2022.  Some of this can be attributed to a general decline in broadcast viewership of about 10%, but much of it is simply an adjustment to what a GRP now equates to in these affected markets.

In today’s local TV landscape, it’s more important than ever before to anticipate and quickly respond to marketplace shifts. Heading into 2023, advertisers need to identify how their audience has transformed and what that means to their TV plans.

Programming has changed so much that dayparts like early fringe and prime access should become a smaller part of any TV plan based on limited inventory. Previous years’ planned weight levels often no longer align with the current marketplace and advertisers should make adjustments that account for recent viewership, supplementing lost broadcast viewership by including CTV.

Finally, impressions should be strongly considered in favor of GRPs due to their granularity, offering more accuracy and consistency across other media.

As it turns out, Ferris Bueller’s classic line is good advice for those of us in the local TV business: “Life moves pretty fast. If you don’t stop and look around once in a while, you could miss it.”

Insights from the IAB Podcast Upfronts