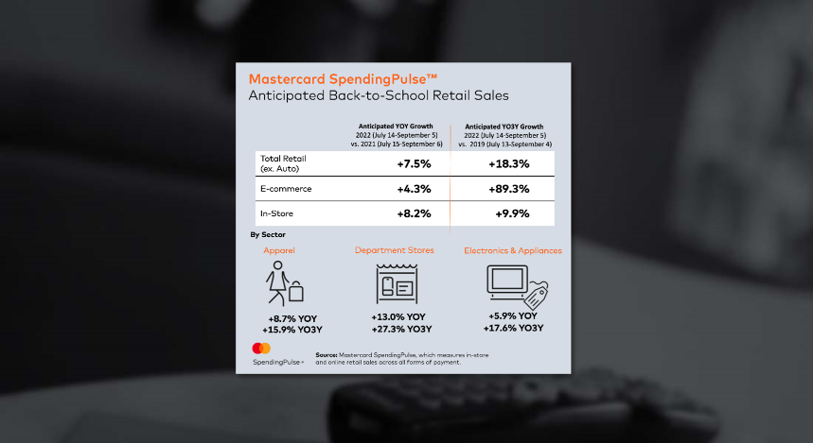 According to Mastercard SpendingPulse, US back-to-school retail sales are forecast to grow 7.5% this year vs. 2021 (excludes auto). Compared to pre-pandemic 2019, sales are anticipated to be up 18.3%. Despite the impact of inflation, “continued consumer demand contributed to double-digit growth across nearly all retail sectors in May.” While the report looks at both in-store and online sales across all payment forms, it is not adjusted for inflation.  One “noteworthy winner” is the department store category, which has seen a recent rebound. Other trends for the upcoming back-to-school season include a return to “the in-store experience” and “stacked social calendars” (ie weddings, events, and vacations) requiring a greater demand for apparel. (Mastercard.com: 6/14/22)

BIA Advisory Services is now forecasting that “the 2022 midterm political season will generate $8.6 billion in local ad dollars.” The largest share will go to local over-the-air TV (44%) followed by connected TV and over-the-air radio. Two reasons that CTV is expected to outperform digital are “the loss of third-party cookies needed for targeted display” as well as “social media platform crackdowns”. In addition to mid-term races for Senate (34), House (al 435 seats), governor (36), secretary of state (27), treasurer (27), and AG (34), there are legislative contests in nearly every state as well as county and special elections. (Inside Radio: 6/21/22)

The National Republican Congressional Committee (NRCC), the campaign arm for House Republicans, placed a “first round of fall TV ad reservations, a $52.3 million investment” in an effort to win back the majority in 2023. The buy, “which is spread across more than two dozen media markets”, is twice that of the NRCC’s initial reservation in the 2020 election cycle. Targets include races in Arizona, California, Iowa, Maine, Massachusetts, Michigan, Minnesota, New Mexico New York, North Carolina, Ohio, Pennsylvania, and Wisconsin. This spending is on top of the $125 million in fall that was already booked by The Congressional Leadership Fund, the main house GOP super PAC. “Preparing for a largely defensive effort”, the Democratic Congressional Campaign Committee reserved $21.4 million in markets that are anticipated to be “crowded and expensive in the fall.” (Politico: 6/8/22)

When Jenny Nguyen found it difficult to watch women’s sports at sports bars, she opened her own drinking establishment: The Sports Bra (whose tagline is, yes, “We Support Women”) is located in Portland, OR, and is the first watering hole in America that exclusively shows women’s sports on all its TVs. (CBS News: 6/19/22)