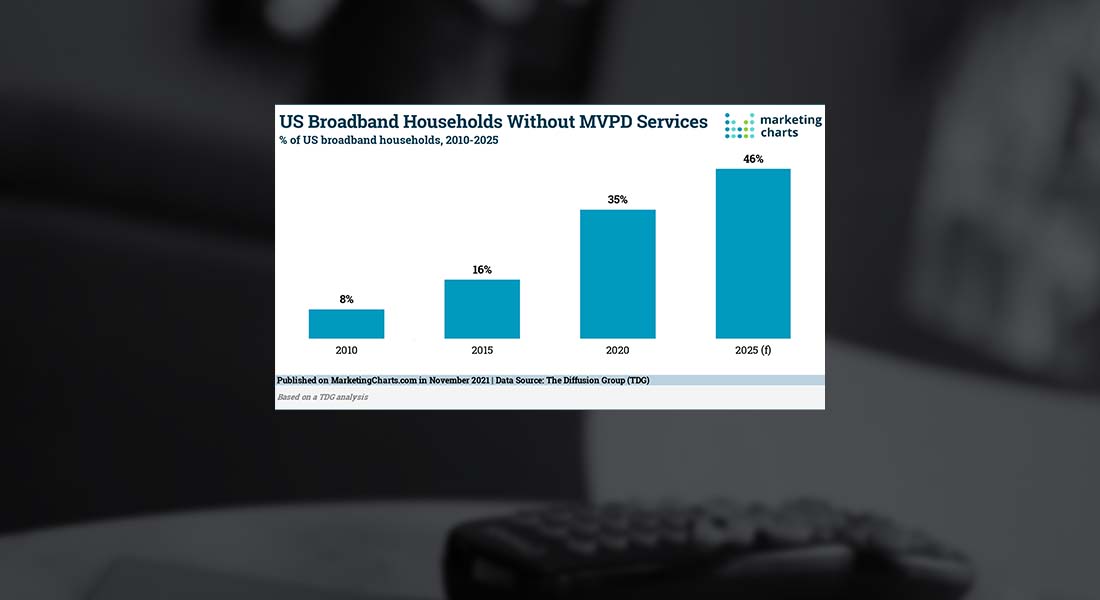 “More retail brands are testing out direct mail catalogs, podcasts, and large-scale television campaigns to diversify their marketing mix.” Retailers are rethinking their holiday marketing this year, as a result of “Apple’s privacy changes and the ongoing controversy over Facebook’s practices.” Concerns that digital ads “won’t reach the right customers” are coupled with alienating “consumers by being on certain social media sites.”Advertisers like Poshmark are “directing dollars toward TV advertisements and influencers to acquire new customers.” Facebook usage is expected to decrease 3.3% in 2021 (vs. 2020), and another 1.8% in 2022 (vs. 2021) according to eMarketer. (CNBC: 11/11/21) 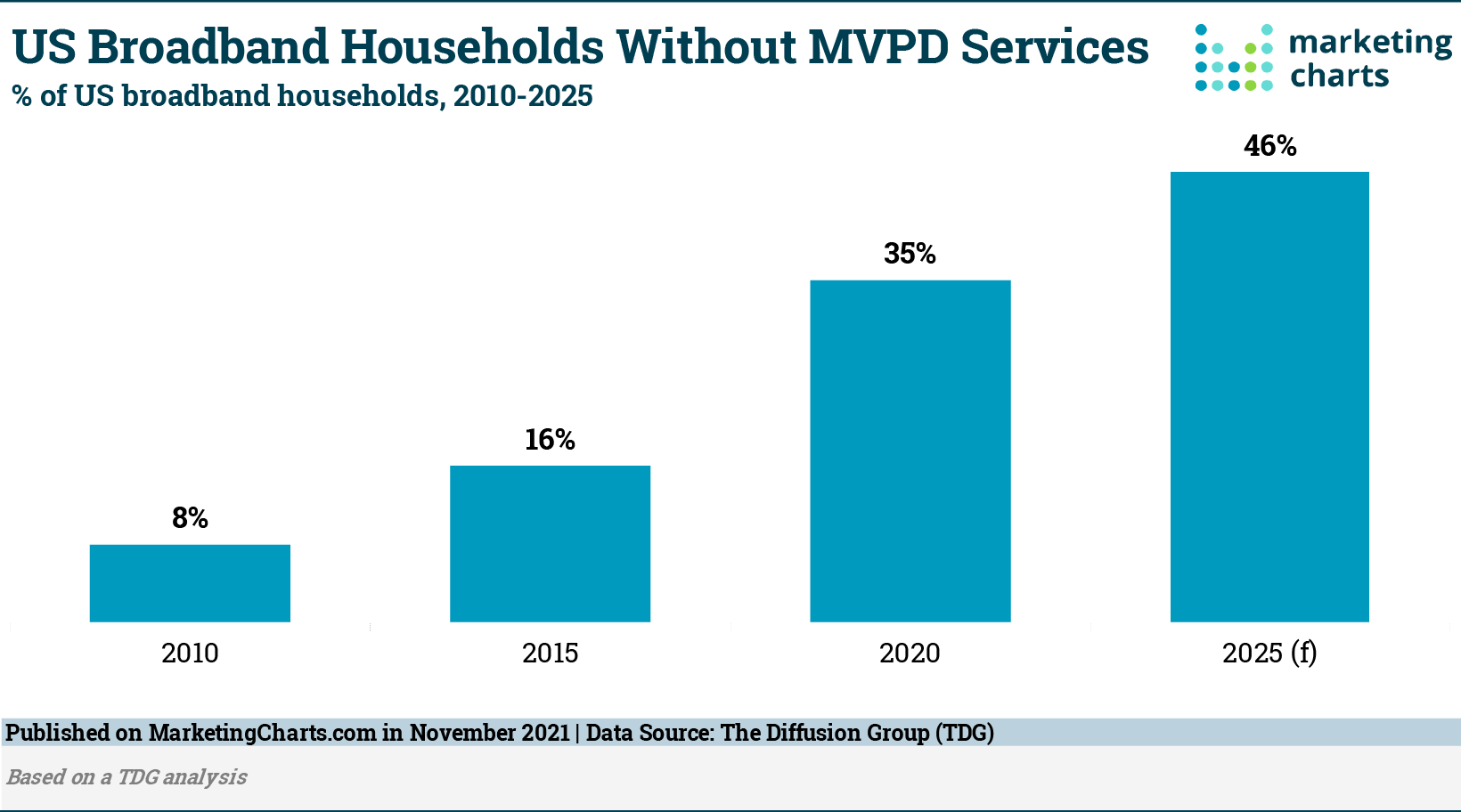 A Wells Fargo analysis of cord-cutting found that “pay TV subs declined by just 105,000 in the third quarter compared to the second quarter”; a slowdown that was helped by “gains at the virtual multichannel video programming distributors (MVPDs). Linear subscribers were down 7% while total subs were down just 5%.” While streaming subs are increasing, the rise is not as fast as Wall Street expected. With the SVOD market close to saturation, future “subscriber growth will be predicated on the expansion of services utilized per household.” (NextTV: 11/12/21)

According to a study by syndicated research company TDG, 35% of US broadband households do not have an MVPD service. This figure is expected to increase to 46% in the next five years. The data also shows that two-thirds of broadband-only households watch ad-supported streaming services, while over one-third of them use a terrestrial TV antenna; viewing 12 hours per week.  (Marketing Charts: 11/16/21)

The New York Times took an in-depth look at the current state of TV and Video measurement, referencing NBCU’s upcoming Measurement Innovation Forum, recent challenges facing Nielsen including their admission of TV undercounts, their suspension of Media Rating Council (MRC) accreditation, and the use of alternative measurement companies like Comscore and VideoAmp. In response, Nielsen is supporting their own unified solution, Nielsen Gauge (“a metric to compare streaming viewership with cable and broadcast”), and promoting Nielsen One, which is expected at the end of next year, which promises to evaluate traditional TV, streaming platforms and digital services. (The New York Times: 11/12/21).

Chef Pati Jinich was on Good Morning America to celebrate the release of her third cookbook by spicing up three dishes to make the perfect Thanksgiving dinner. First up is her green beans in corn sauce with pumpkin seeds, followed by a sliced cheesy mashed potato souffle, and a fiesta turkey with chorizo and cashew stuffing. Or if you’re looking for something sweeter, you can check out 2019’s trendiest dessert (pictured); the cream cheese-filled pumpkin roll. (Good Morning America: 11/16/21)