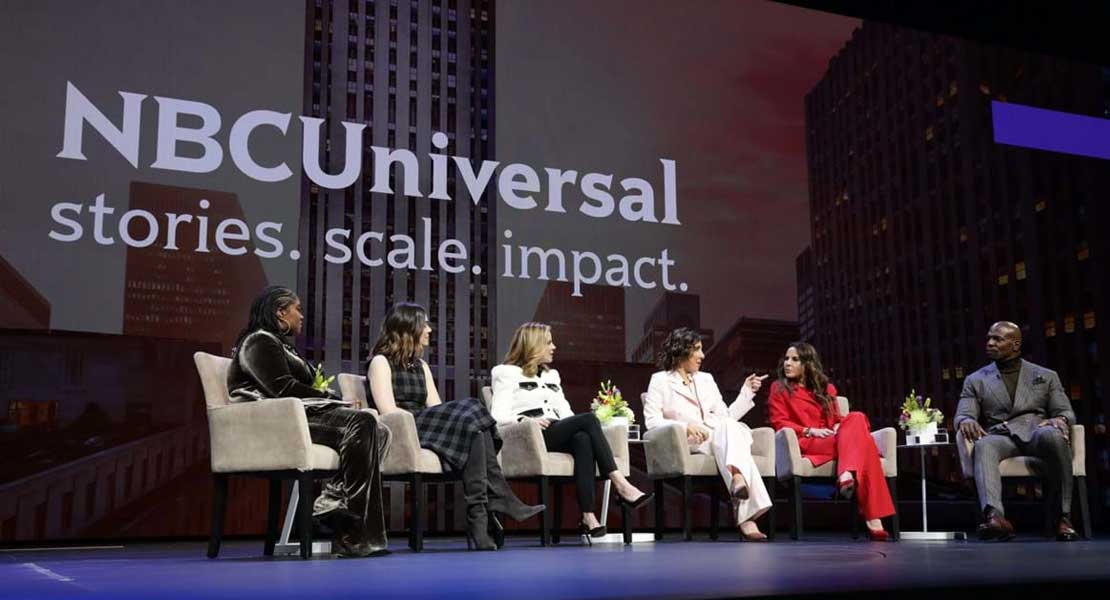 Wednesday began with a keynote speech, from Founder Jeff Katzenberg and CEO Meg Whitman about their soon-to-launch mobile-focused Quibi premium video streaming service, and ended with Linda Yaccarino, Chairman of Advertising and Partnerships of NBCU, in a keynote panel discussion on “If TV were invented today.” If the last two years of CES highlighted the battle of Google Assistant vs. Amazon’s Alexa, certainly 2020 would be viewed as the year that highlighted the video streaming wars, right? But no. Instead, it was more like the WWI Christmas truce in 1914, where all the foes stopped fighting, crossed trenches, shared a drink and sang “Silent Night.” No war. Just a couple of keynotes.

Not so long ago, short-form video content was thought by advertisers to be of lesser quality (the province of YouTube user-generated content) than long-form video and was valued at significantly lower CPMs. As the landscape between scripted TV shows, reality TV and user-generated content blurred, and more consumers used mobile devices to view video, so too has the quality distinction blurred between long and short-form video: all types and forms of video arguably offer potential strong viewer engagement. Mobile viewers often prefer to consume short-form video content.

Quibi saw an opportunity here: create video content, of movie quality, specifically for mobile devices, to be consumed in those in-between moments throughout the day. Here’s a quick overview on what Quibi (short for “quick bites” of video) plans to have at launch in April 2020:

A key unique challenge, in developing content for mobile viewers, is how phones are held by users in different situations. With active tasks like messaging or opening an app, users typically hold a phone in portrait mode. For video viewing a phone is often turned to landscape. Quibi’s unique Turnstyle technology enables viewers to shift between these modes and maintain a seamless video experience. In fact, a few creators have leveraged Turnstyle to create unique new content experiences. For example, a clip was shown from Nest, a thriller about a woman being harassed by a home intruder. The story’s narrative features two perspectives: when the phone is held horizontally in landscape mode, the perspective is a traditional cinematic view; rotating the phone to portrait shows the character’s view as she communicates with the (soon-to-be) intruder via the video doorbell. Very cool.

I was predisposed to not like Quibi – do we really need another premium video streaming service? But they make a strong case for new technology driving new creative approaches: the earliest TV broadcasts featured announcers reading scripts in front of cameras because that is what they did on radio. Similarly, today, mobile video content is simply re-sized TV content squeezed onto a smaller screen as opposed to content developed specifically for this medium. After seeing their presentation, I can’t really disagree.

Quibi.
The next evolution of entertainment is here. #QuibiCES pic.twitter.com/RpkqAt6j5C

After Quibi’s presentation, we were prepared for the NBCU keynote to focus on their new streaming service, Peacock. Instead, NBCU’s keynote was (appropriately, given the time of day) like watching a cozy afternoon talk show. Maybe it was the format: Linda Yaccarino was joined by Today’s Natalie Morales and celebrity panelists Mandy Moore, Ester Dean, Kate Del Castillo and Terry Crews to talk about the future of entertainment. The “tech” conversation centered on how much things have changed in the music and TV landscape. Not much more was revealed about Peacock, other than its April 2020 launch date, though the strength of NBCU’s clout behind the offering was implied by Yaccarino’s reference to the depth and breadth of content they produce: “In 2020 alone, NBC Universal will push out over 110,000 hours of premium content. To break that down to see what it really means, if you were going to watch our content 24 hours a day, it would take you twelve years.”

Perhaps more details on Peacock will become available after the next Comcast earnings report later in January. Until then, there are plenty of other combatants to focus on.

Along with Quibi and Peacock, HBO Max will be debuting in 2020. HBO Max will join the existing HBO Now and HBO Go. These offerings are entering a crowded field that already includes Netflix, Hulu, Disney Plus, Apple TV Plus, CBS All Access and Amazon Prime. Adding to the confusion, HBO corporate siblings AT&T TV and AT&T TV Now (formerly DirecTV products) are also streaming services, but more of a solution for cord-cutters looking for traditional cable channels. For that matter, you can also add YouTubeTV and SlingTV as similar cord-cutter alternatives.

Few of the above services have a formal presence at CES, though presentations or discussions that touch on the topic of TV acknowledge that there is a limit to the number of services consumers will be willing to pay for. Conventional wisdom would be that legacy brands have a leg up in this battle. The question is, what is “legacy” in the context of streaming video? Is it the long-established cable and broadcast brands? Or is it Netflix and Amazon Prime?

As we ponder that question, we’ll close Day 2. Stay tuned for Day 3 as we go back to roaming the convention center floor for more key highlights and insights.